View Demo Save for Later Log In To See Price 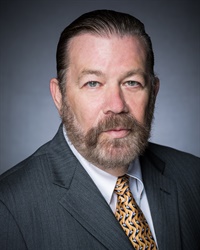 Mitchell L. Williamson a graduate of Rutgers University (1981) and New York Law School (1989) joined Barron & Newburger, P.C. in April 2016, opening its New Jersey office, representing law firms, debt buyers, collection agencies and other business in litigation and government investigations. He is RMA certified and has an AV-Preminant rating from Martindale-Hubble. Prior to joining B&N he was in-house defense counsel to Pressler & Pressler, LLP for 13 years. He is admitted in both the State and Federal Districts of New Jersey, and the State and all four Federal District courts of New York. Mr. Williamson has also been admitted pro hac vice in the federal courts of various other states to represent clients before those courts.  Mr. Williamson is a frequent speaker and regular contributor to national blogs on issues affecting creditors rights. Prior to practicing law, Mr. Williamson was a professional photojournalist working in this country and in Israel.

Lawrence J. Bartel is a Partner in the Philadelphia office of Gordon & Rees and is a member of multiple firm practice groups including Professional Liability Defense, Restructuring & Creditors' Rights,  and Government Regulatory & Administrative Law. 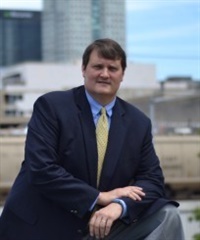 J. Bart Lloyd, III (“Bart”) joined the Birmingham-based law firm of Nathan & Nathan, P.C. in 2002, and currently serves as the Director of Litigation & Compliance.  A 1995 Honor's Program graduate of the University of Alabama with a degree in International Relations, he received his juris doctor degree from the University of Alabama School of Law in 1998.  He has presented on creditor’s rights topics, and has served as Treasurer, Vice-President and, most recently, as President of the Creditor’s Attorney Association of Alabama. Bart is a member of NARCA (The National Creditors Bar Association), the Association of Credit and Collection Professionals (ACA International), and the Tennessee Bar Association Creditor’s Practice Section. He enjoys spending time cheering for his beloved Alabama Crimson Tide, and spending time with his wife and three boys. He is licensed to practice before all state courts of both Alabama (1998) and Tennessee (2005), and is admitted to the bar of the Federal District Courts of the Northern District of Alabama and the Eastern District of Tennessee.

National Creditors Bar Association is a national provider of legal educational content. NCBA’s goal is to provide its members with as many opportunities as possible to earn Continuing Legal Education (CLE) credits. Some NCBA programs state that they are pending approval. If a program is pending approval, it means that NCBA’s education staff is awaiting confirmation of approval for CLE credit from the accrediting body of a particular state; it should be noted that individual states have different response and approval rates. NCBA expects that the course will be approved for the credit amount and type listed, but approval is not guaranteed. An attorney can still take the course at their own discretion, though.

National Creditors Bar Association will seek MCLE accreditation, with the assistance of the ABA MCLE, for this program. States typically decide whether a program qualifies for MCLE credit in their jurisdiction 4-8 weeks after the program application is submitted. For many live events, credit approval is not received prior to the program. A link for CLE requests will be provided to program attendees who have met the attendance and engagement requirements.